Leigh Day was founded on 10th June 1987 and now has over 500 people, with main offices in London and Manchester. It is one of The Times top 100 law firms and is ranked at the highest levels for the majority of its practice areas in both the law sector’s independent legal directories, Chambers & Partners and Legal 500.

The firm was founded by Sarah Leigh OBE who had left the law firm Bindmans in 1985 to form a specialist personal injury firm. She was joined by Martyn Day in 1987 and Leigh Day & Co was created, with its first offices in Gray’s Inn Road. 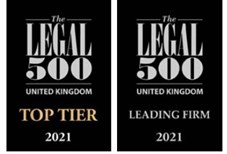 You have a right to expect that the service or product you buy, will perform as the provider says it will.

According to the National Audit Office, between April 2011 and November 2015, financial services firms paid out £22.2 billion in compensation to more than 12 million customers who had bought PPI, following complaints and regulatory action. This is just one example of the extent to which unsuspecting investors and consumers can be exploited by unscrupulous companies, large or small.

We act for individuals who have suffered a loss as a result of unethical and illegal behaviour by sellers.

We stand up for your consumer rights.

Over the last decade we have become recognised as one of the UK's leading group claim specialists. Our team represents individuals whose lives have been affected by the actions of large corporations such as the fund manager Link Fund Solutions Limited (Link).

This is why we are bringing a group claim against Link based on our investigation into the Woodford Equity Income Fund.

Our team are bringing legal action on behalf of all those individuals who invested into this fund and suffered losses as a result of its failure to comply with FCA rules.

Our team has already sent a letter before action (LBA) to Link, which acted as the authorised corporate director of the Woodford Equity Investment Fund. The next formal legal step will depend on what Link decides to do.

For more information on the claim, please visit our FAQs section here.

Bozena joined Leigh Day in 1997, was made a partner in 2003 and is head of the firm's product safety and consumer law team.

Meriel is an associate solicitor in the consumer law and product safety department, working with Bozena Michalowska-Howells, acting for people who have suffered losses as a consumer or from their investments.